Of all of the cities that I’ve visited here in Germany, none have quite appealed to me like Bremen. I’m not sure whether it was the old-fashioned style of the buildings, the cool notes of history, or the fact that this is the city where I spent my twentieth birthday. Regardless, I have some great memories and stories from Bremen. 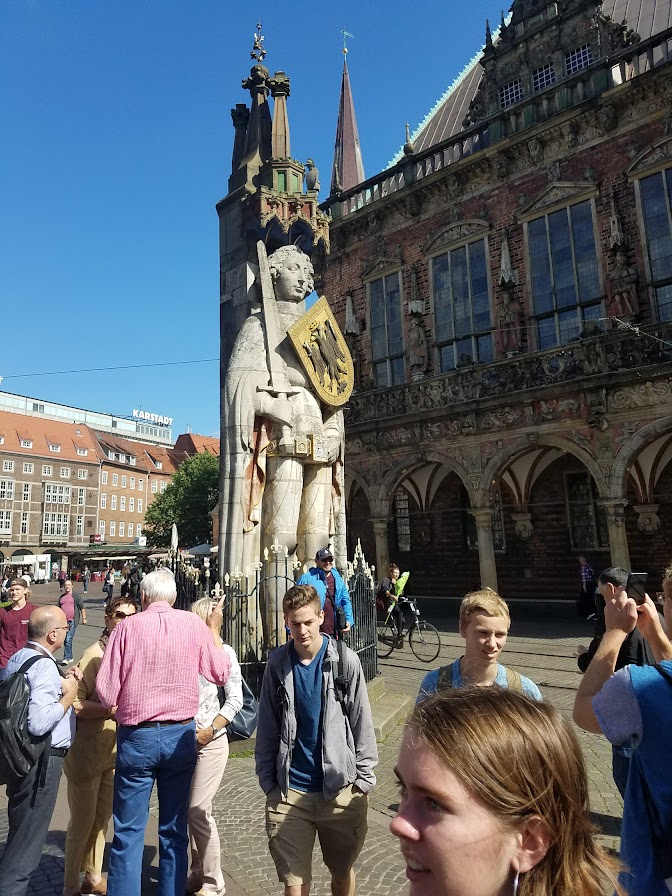 This fellow here is Sir Roland of Bremen. Like anyone who is honored with a statue, Roland has and epic tale of heroism that immortalizes him. As the story goes, in the days of the Rome’s conquests the multitude of Roman soldiers were approaching Bremen. Roland led his men, who were hopelessly outnumbered, into battle to defend their home. They fought hard and were able to turn the Romans back. While this was impressive, Professor Nielsen did point out how far North Bremen is in Germany and that the Romans were likely out of resources. This made facing another army simply a bad idea for the Romans. Who’s to say which is correct. 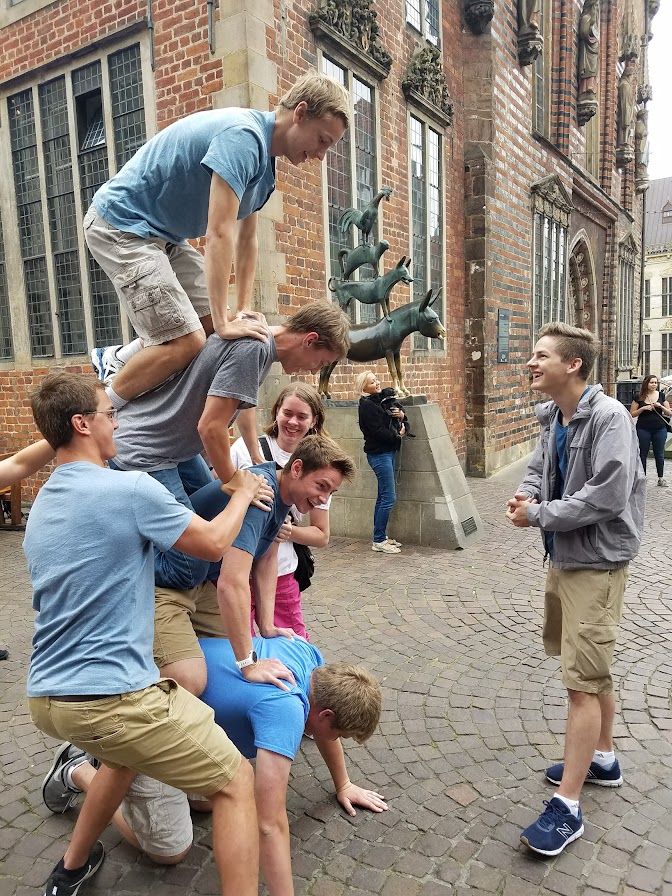 Perhaps Bremen’s largest claim to fame are Die Bremer Stadtmusikanten or The Bremen City Musicians. Die Bremer Stadtmusikanten is a fairy tale written by The Brothers Grim (also famous for tales like Cinderella and Hansel and Gretel). To summarize the story, all of these animals don’t like their jobs so they run away together to go to Bremen to become musicians. They run into some thieves along the way, climb upon each others backs, and sing to scare them away. You can see a group of class mates recreating this scenario. We actually attempted this several times (as seen below).

All in all I really enjoyed Bremen. Its quaint, old-timey feel really stuck with me and will forever be one of my fondest memories from this trip.