The competition includes designing a shelter and basic camp layout plan, and building the designed shelter to undergo testing. The design should be geared specifically toward the environment in Nepal including terrain and climate requirements. Testing will include thermal testing as well as earthquake and heavy wind/rain simulations. The shelter design is constrained by factors such as budget and size and is expected to have a 1 - 3 year lifespan.

The country of Nepal is land locked in between China and India. It is a very mountainous country, with a portion of the Himalayan mountain range enclosed within its borders. Consequently, the country goes from 0 to 9000 meters in elevation with 5000 meters and below being habitable. Nepal also experiences 5 seasons – spring, summer, monsoon, fall, and winter. Nepal did not become a democratic republic until 2008 after a century of isolation and conflict. As a result, Nepal is one of the least developed countries in the world. In April 2015, a 7.8 magnitude earthquake hit Kathmandu, the capital of Nepal. Thousands of buildings were reduced to rubble and thousands of people lost their lives. The United Nations estimated that 6.6 million people were affected by the earthquake is some way. Samaritan’s Purse, an international relief organization, began distributing relief items soon after. They also began teaching the local people about earthquake-resistant construction as well as how to build their own temporary structures using provided shelter kits. As Nepal continues to rebuild, Samaritan’s Purse has sponsored the competition hosted by John Brown University to bring awareness to the struggles that face the Nepalese people as well as bring new solutions to the problems of temporary housing and disaster relief. 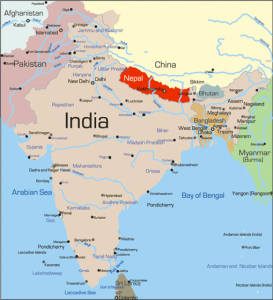 Team Dwell competed in the shelter competition hosted by John Brown University and sponsored by Samaritan’s Purse from April 19 to April 21. Competing against nine other teams, the team finished in second place overall and won three separate individual awards in the categories of Best Camp Plan, Best Report/Presentation, and Lightest Shelter. The team would like to acknowledge and thank all whom have contributed to the project and advised the team through the process.