On Saturday, S.W.A.M.P. was presented to hundreds of parents, students, faculty, friends, and potential future students. The night was a success and was a satisfying culmination of a year of hard work. The final report was finished and can be found in our Project page.

We put our boat in a pond to test our system. Everything seemed to work well except for lack of stability of the boat and a minor issue with one motor. These problems have been addressed and will be solved before the second water test. 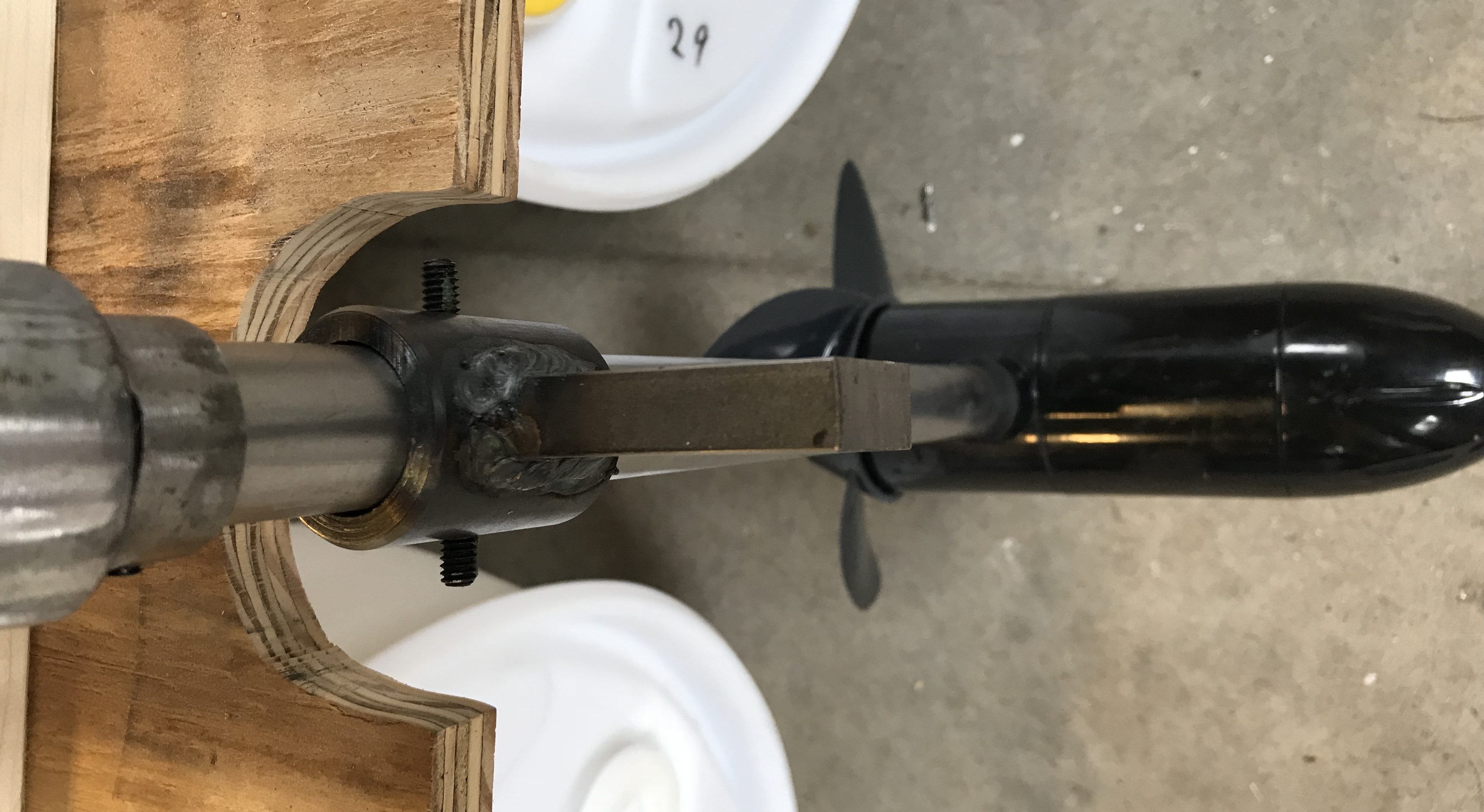 A pair of simple stoppers were machined to prevent the shaft from overturning. 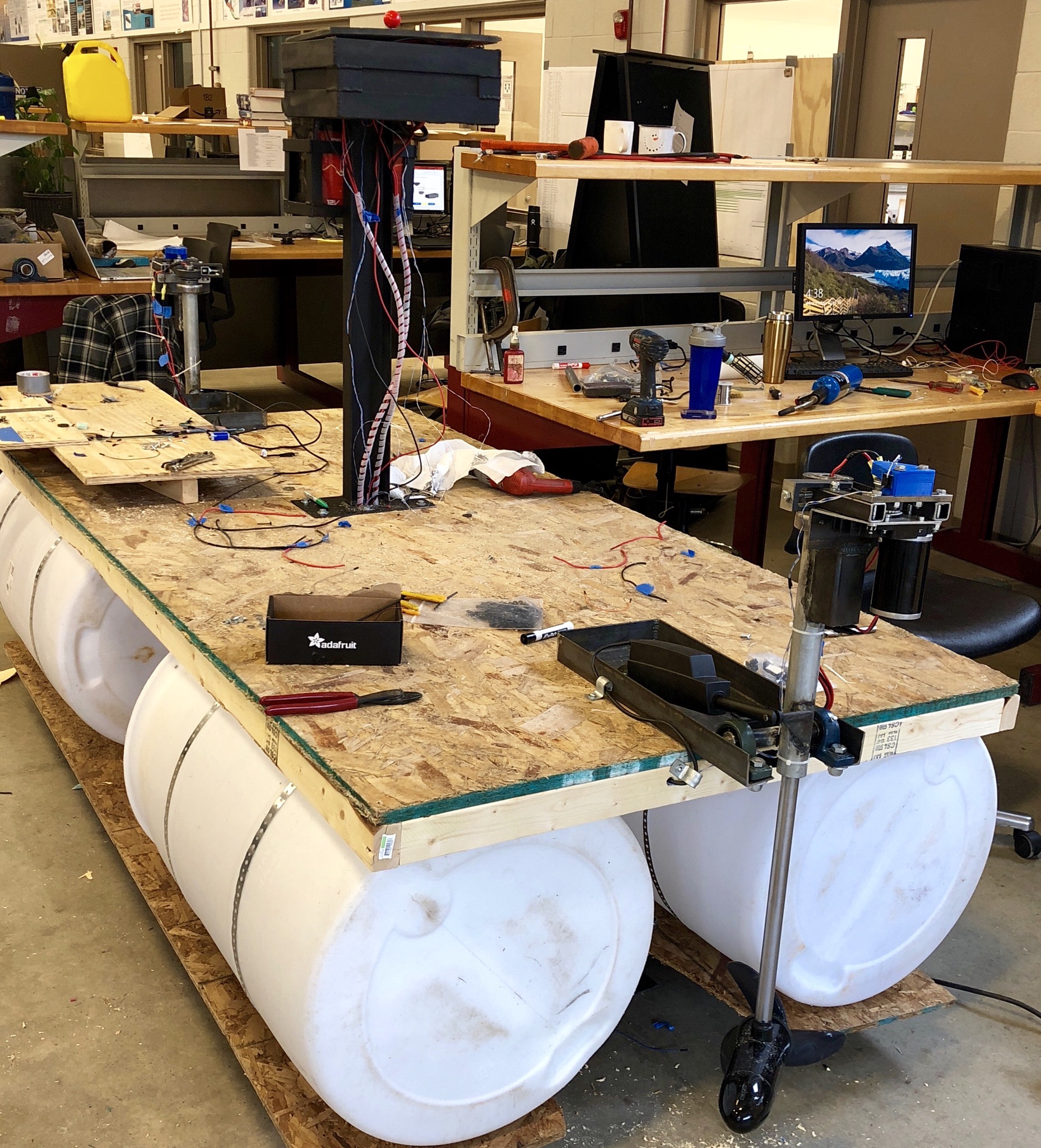 After completing the testing watercraft, a control console was built with a 3D-printed controls mount on top (shown above). 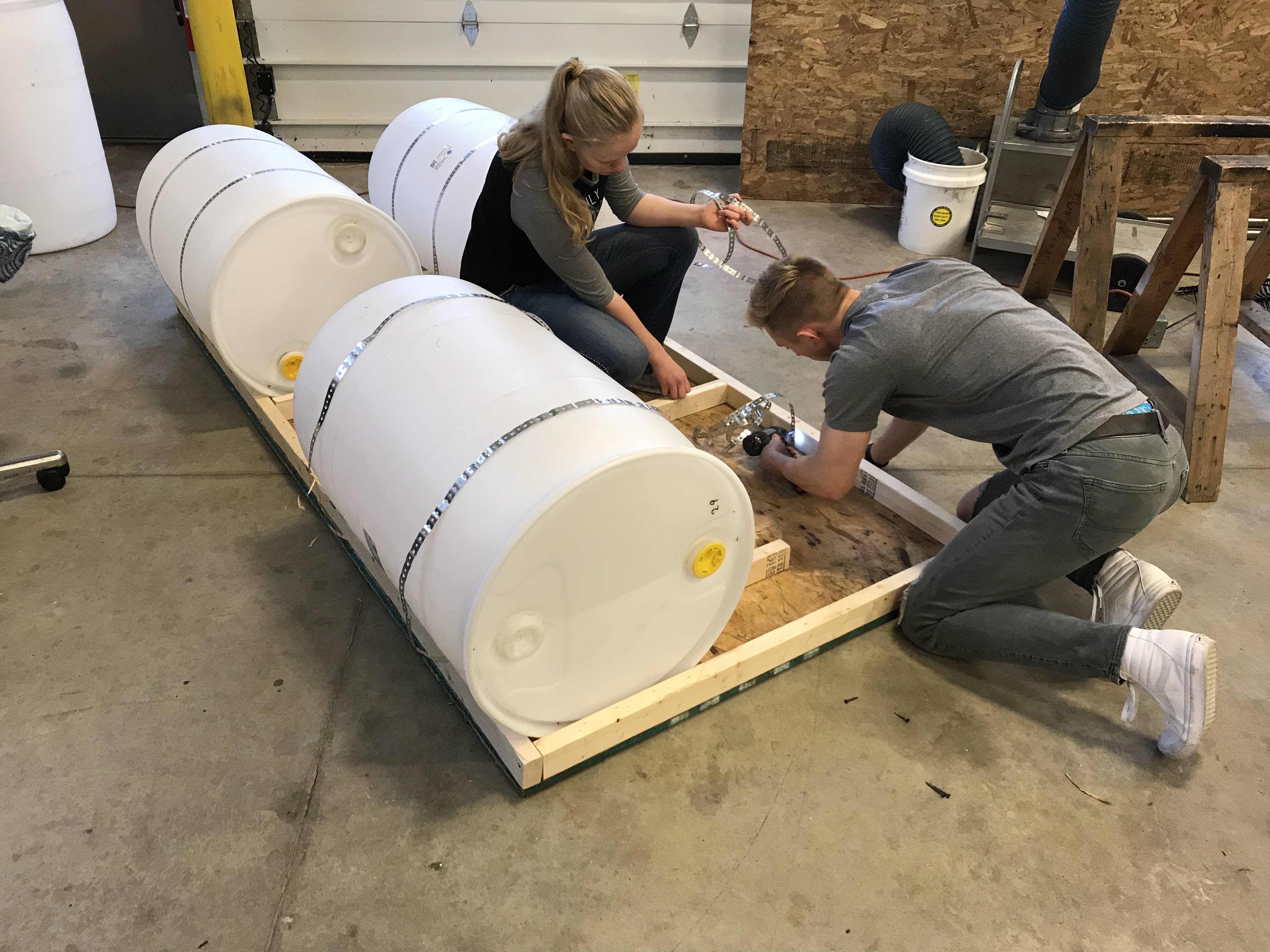 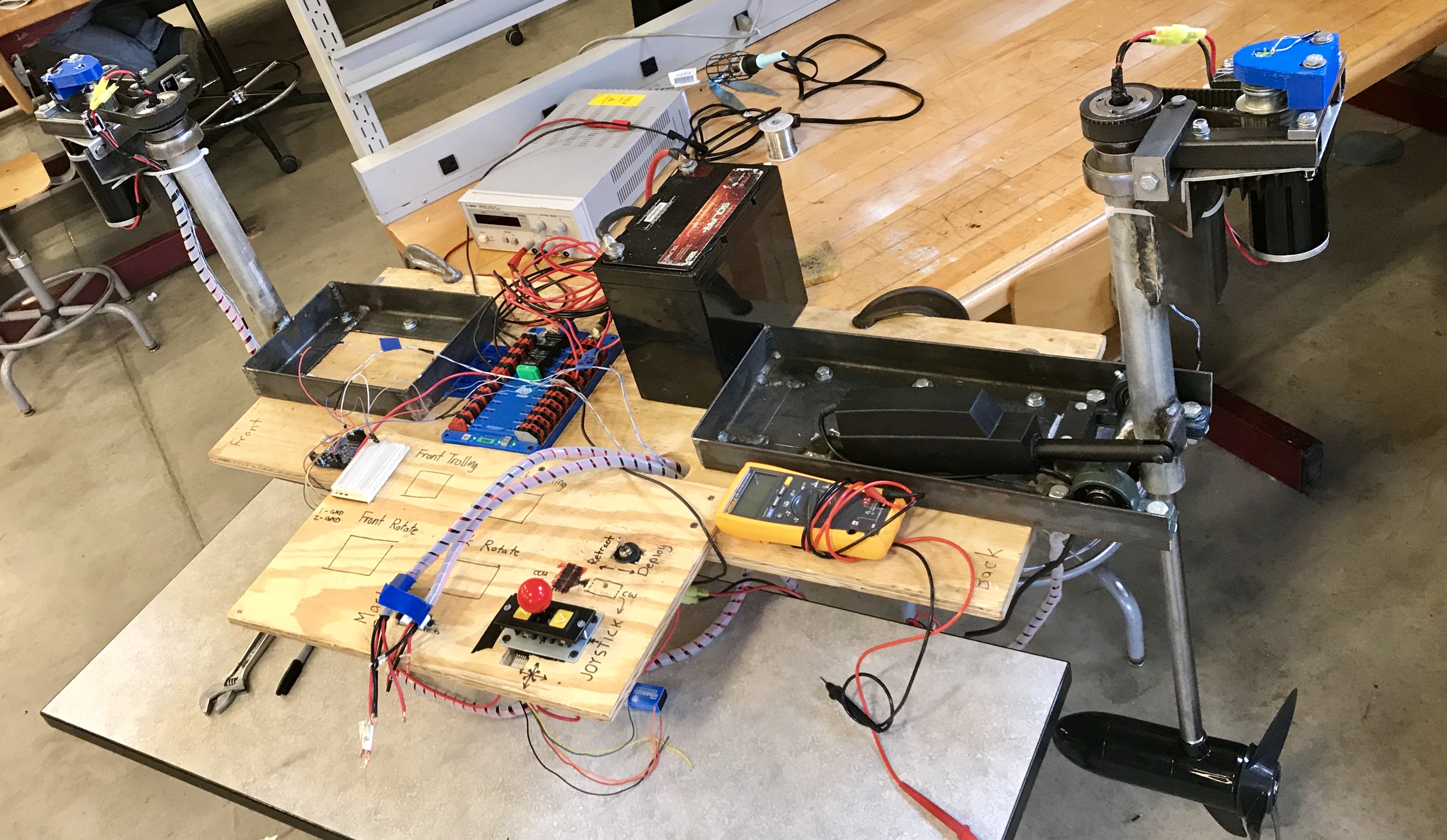 A power distribution board was obtained to simplify the wiring. Connectors were attached to each wire to make disassembly simpler. Buttons were added to the joystick to be used for rotation. Motor drivers and Bluetooth adapters have been obtained . Rotary encoders are working and communicating properly with the Arduino board to determine trolling motor position. The current setup (shown above) is not aesthetically pleasing yet, but progress is being made. Testing begins next week! 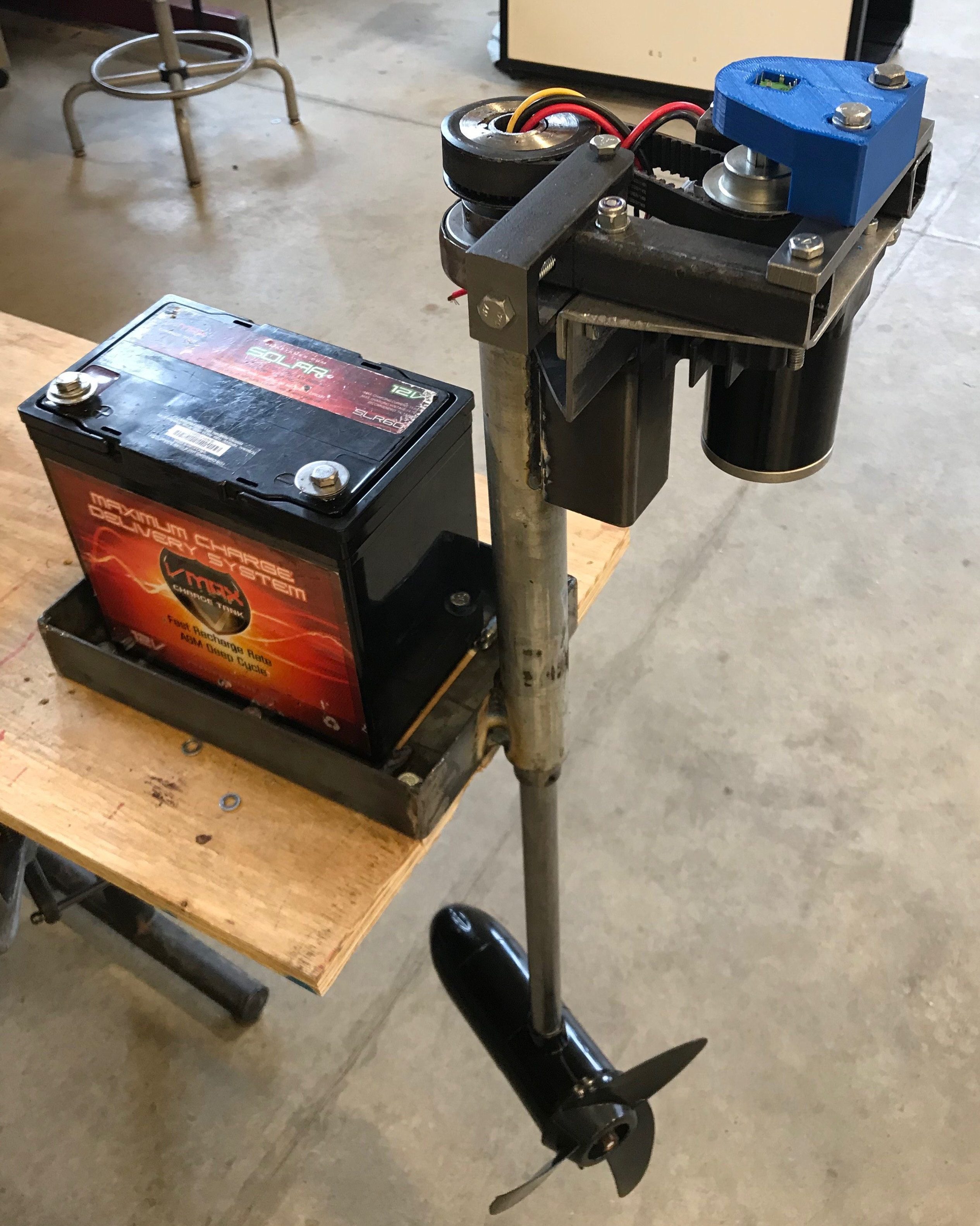 The other half of the S.W.A.M.P. was built and assembled today (shown above). This side does not have a retraction system because the concept has been proven and there is not enough room in the budget for the parts it would require. The modified assembly was drawn in SolidWorks. Testing will come soon! 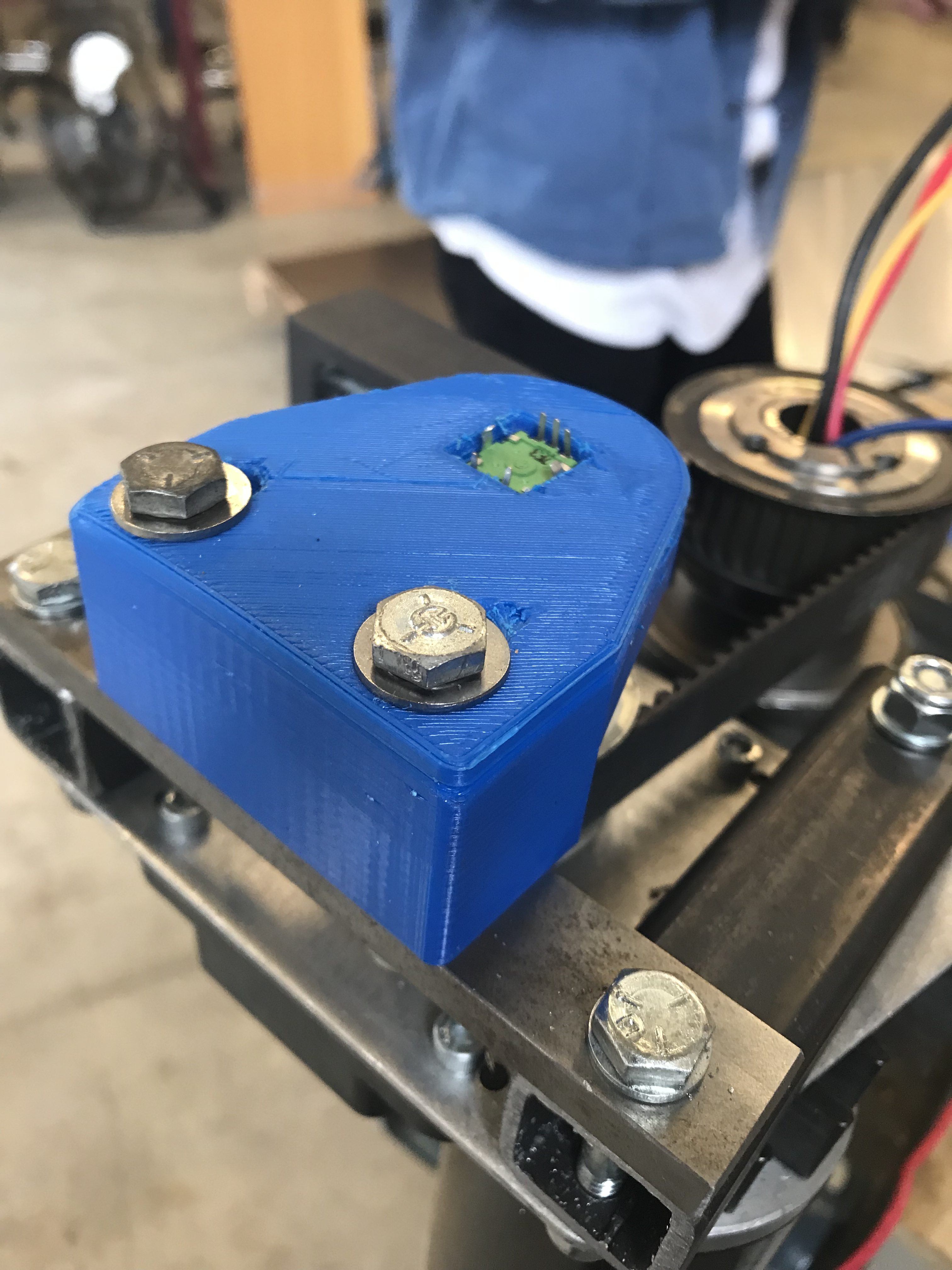 In order to mount our rotary encoders – basically, what tells the Arduino board how far the trolling motor has turned – a plastic piece was 3D printed and mounted on top of our driving gear. The encoder is the green piece in the photo above.  This is a preventative measure to ensure the motor will not turn past its desired orientation. The trolling motors will operate in a range of 180 degrees of motion pointing forward, (using reverse when backwards movement is desired), and the encoder ensures that the motors stay within that range. 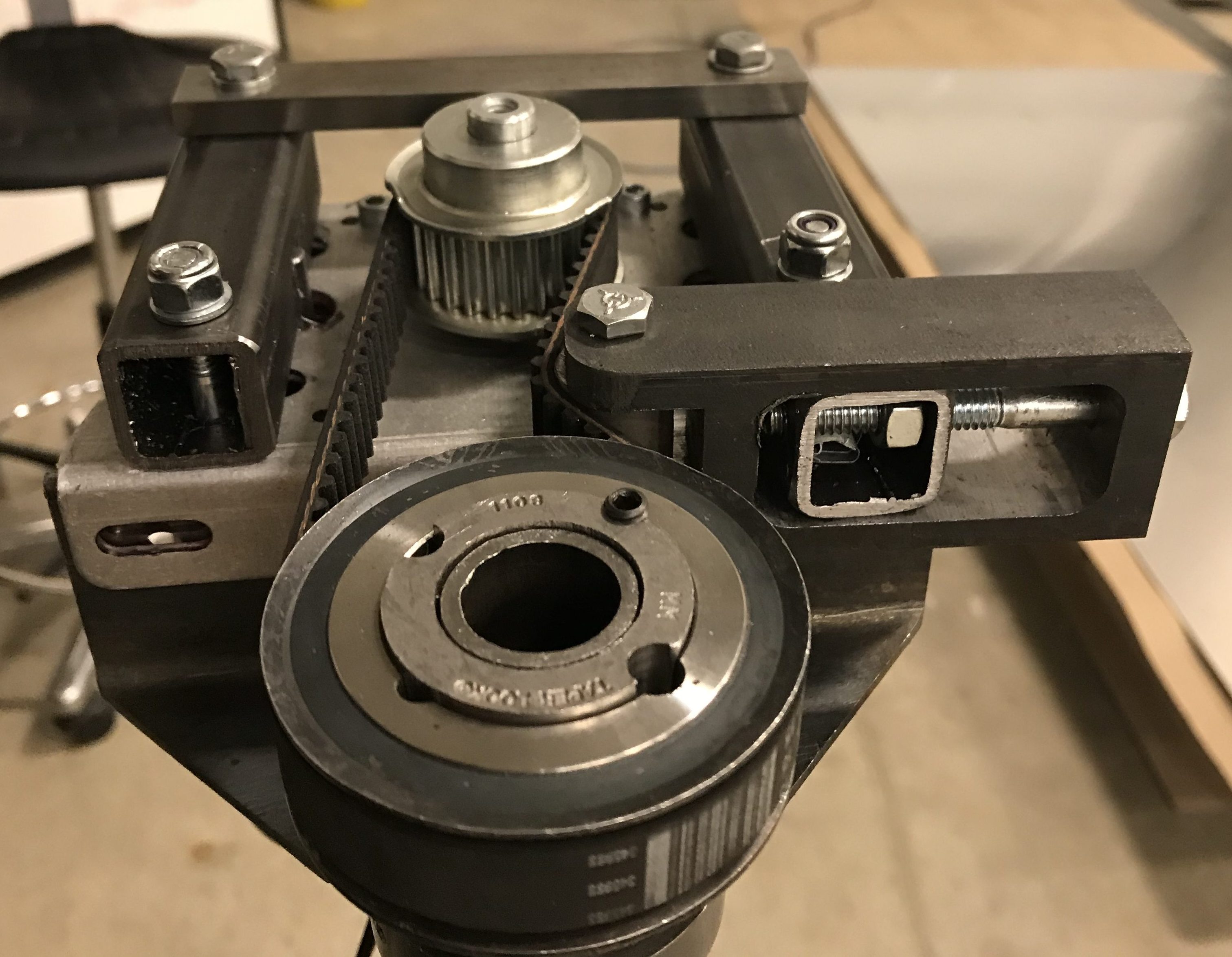 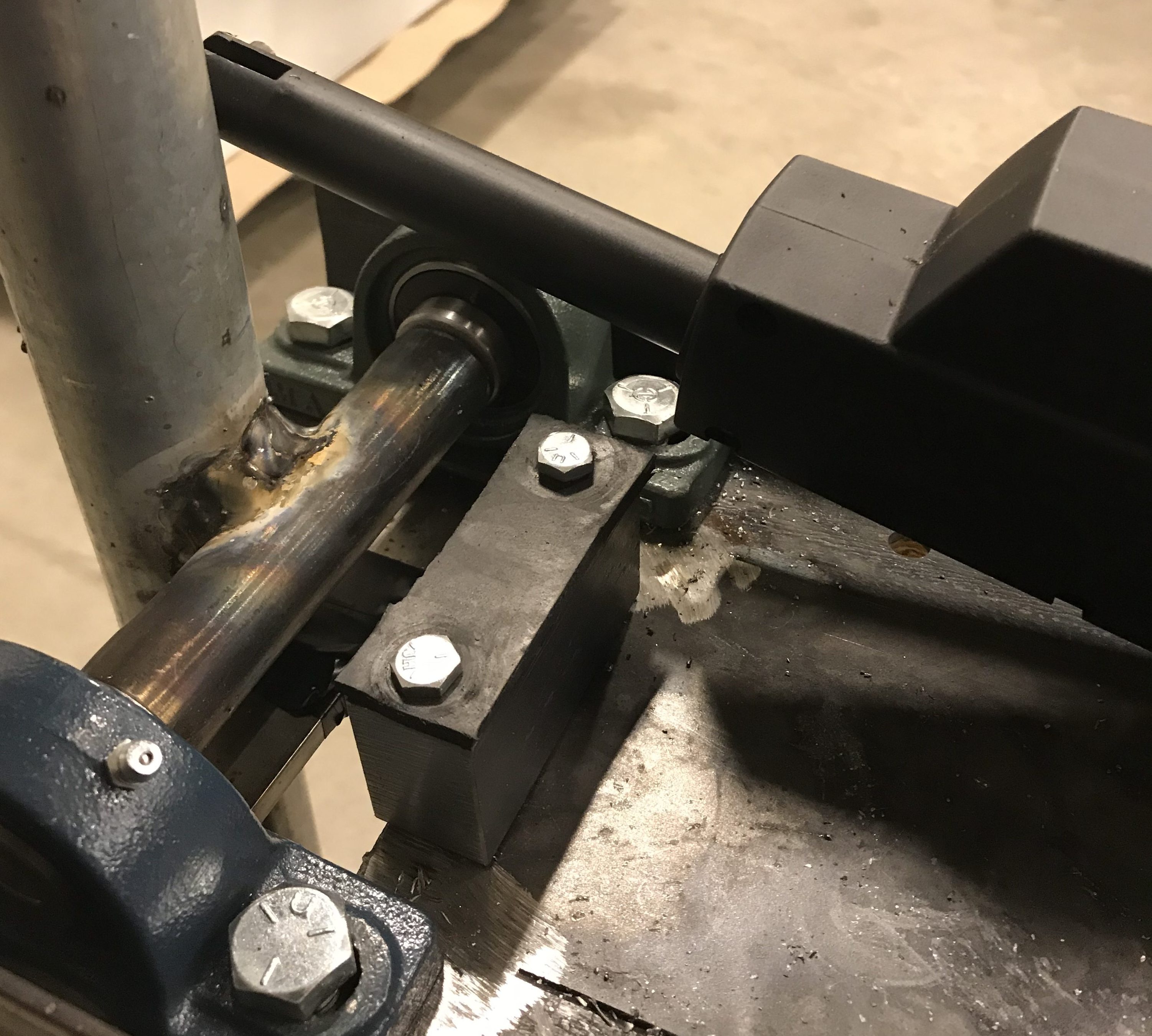 In order to add variable tension to the belt on the turning system (which also makes it easier to assemble and disassemble), a custom belt tensioner was machined. Shown above, the bolt going through the piece determines the tension, depending on how far it has been turned. Also shown above is the stopper we built to absorb the system when it retracts and reduce noise. 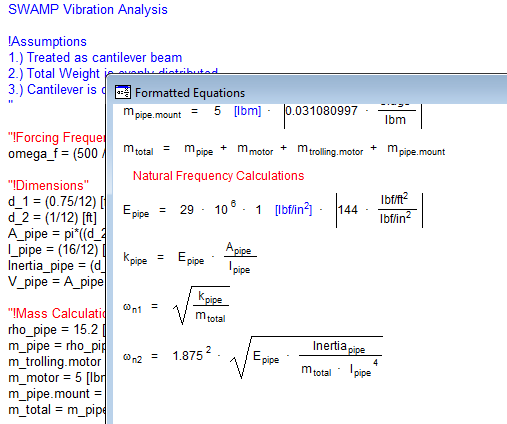 Because our system has a fast-rotating component (the trolling motor), we analyzed the effect that its forcing vibration had on the rest of the system to predict potential future problems. Luckily, our system was built with a natural frequency above the range of frequency that our motor will be operating in. Therefore, our system will never operate at, or near, its resonant frequency.